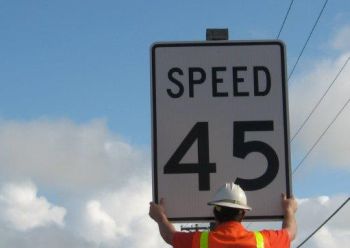 BEND, OR -- Bend Police issued 259 citations during a recent 14-day speed detail on the Parkway. The agency says 250 of those were for speeding, eight for driving while suspended and one other ticket.

They also issued 68 warnings and one person was arrested for an active warrant. Speeders were ticketed for going between 58 and 84 miles an hour; the speed limit on the parkway is 45.

Their busiest day was June 10, when they stopped 42 drivers and wrote 36 tickets.