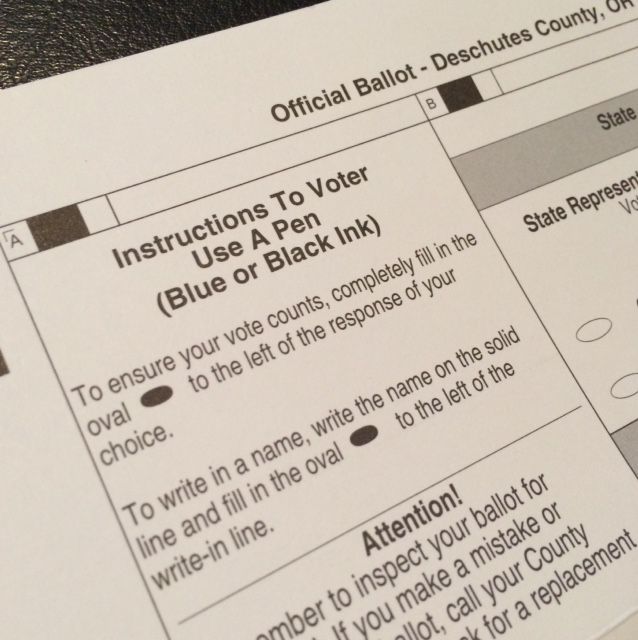 BEND, OR -- Election Day is almost two weeks behind us but final certification won’t happen until December 5th.

108,081 ballots were cast in Deschutes County this Election with nearly a quarter of those coming in right at the November 8th at 8 p.m. deadline.

“We had that late push of record numbers on the Monday and Tuesday. We had more ballots cast on Election Day than we ever have and it wasn’t even close. Over 27 thousand ballots cast on election day and we had never even reached 20 thousand ballots on a single day,” said Deschutes County Clerk Steve Dennison adding, “That late push really did help push up the turnout percentage. We’re still sitting under 70%. With the ballot being chalk full of contests that people were getting excited for one way or another I was hoping for a 75% turnout.”

While most ballots have been tabulated, more still need to be run before the next round of results are released on November 30th, “Voters have up until the 29th if they have a challenged signature. Meaning that their signature on their ballot did not match the signature we have on file for them; they have until the 29th to resolve that issue so we can still count the ballot,” said Dennison.

Some races were very close, but not tight enough to trigger a recount.

With so much election scrutiny, Dennison says the ballot counting observations went smoothly, “It’s a way for people to really see and hear what our process is. Those are the people that really see what we do, and have a better understanding of the security, and the measures that we take, the checks and balances, and just the overall process.”