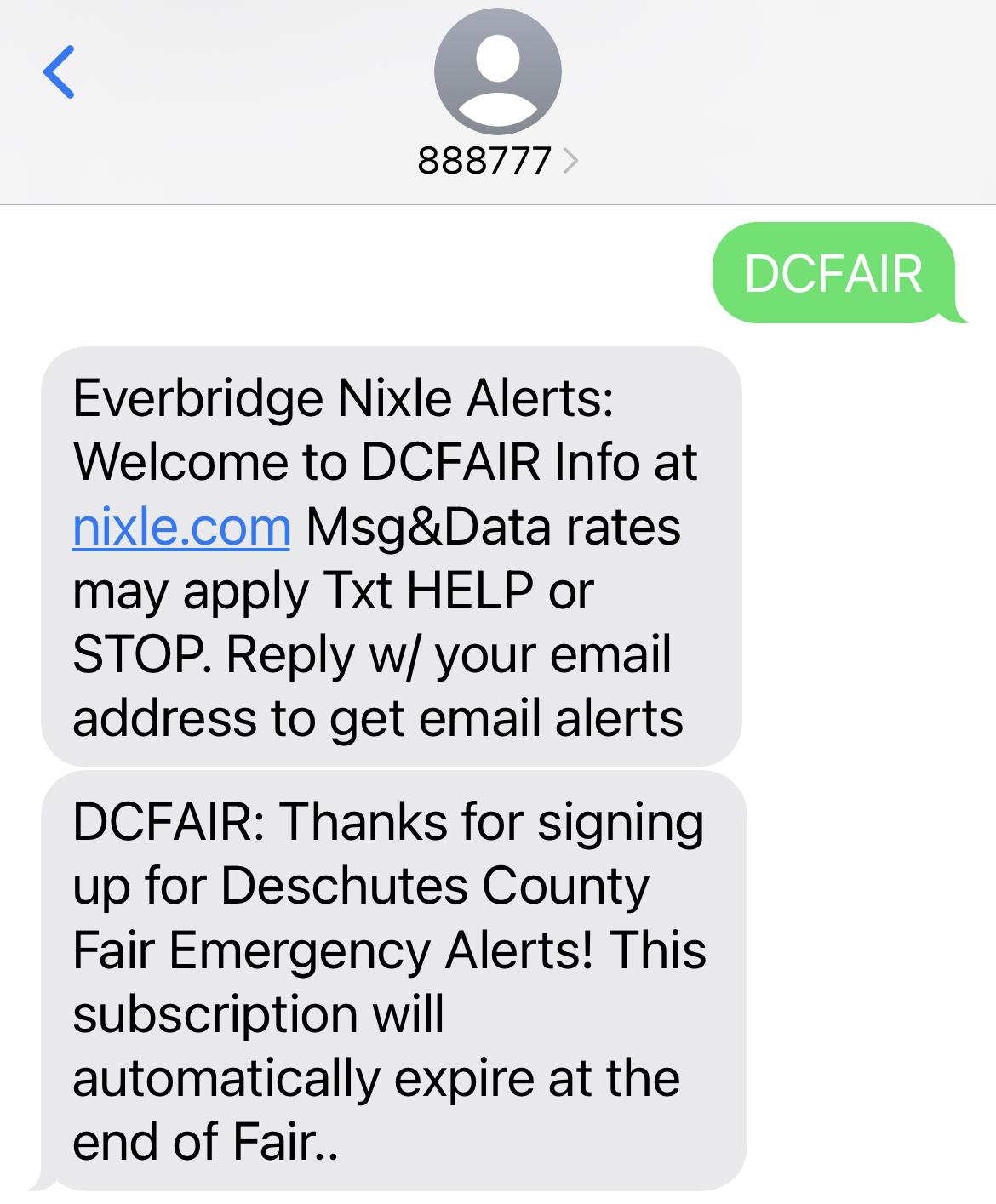 REDMOND, OR -- If you’re headed to the Deschutes County Fair this week, the Sheriff’s Office encourages you to sign up for text alerts to get notifications of emergencies related to the fair.

Sgt. Jayson Janes says it uses the existing “Deschutes Alerts” text notification system, "If there’s an emergency, we can let everybody know. Or, if we have a missing child and we need help finding the child. Anything that would be of interest that’s directly related to the fair."

He says the Sheriff’s Office came up with the idea after the officer-involved shooting in Madras two weeks ago, just outside the Jefferson County Fair.

Sgt. Janes tells KBND News it’s part of an updated plan, now that DCSO is in charge of fair security, "There will be times throughout the fair when we’ll have more deputies there, more security than typically they’ve had in the past. Now that we’re responsible for it, we’re going to start doing different things and trying to be creative in making it as safe as possible and still family friendly."

To sign up, text the word “DCFAIR” to the number 888-777, the keyword subscription automatically expires at the end of the fair.