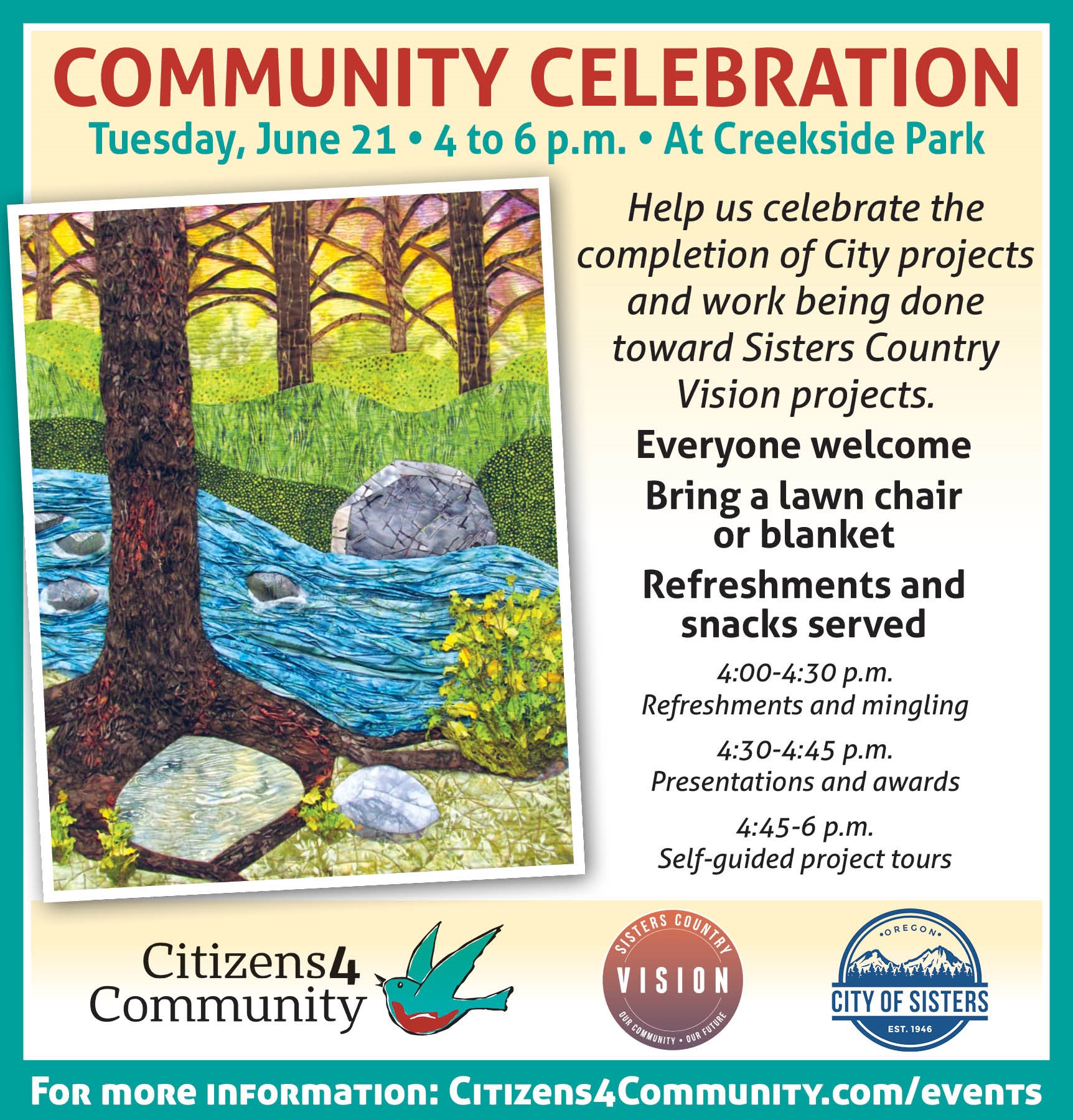 SISTERS, OR -- The city of Sisters and the Sisters Country Vision Implementation Team host an event Tuesday afternoon at Creekside Park, "To celebrate the collaboration and that things are getting done, that they originally came up with three years ago." Josie Newport is the Executive Director of Citizens 4 Community, which supports the Sisters Vision effort.

She says attendees at the event can take a self-guided tour of improvements at Creekside Park and around the area, "The city is providing a map and some of the projects on that map so people can see the work that’s been done."

Newport says Citizens 4 Community is also celebrating their recent projects, "A big one was C4C did a survey on what the community envisions for the old elementary school. That’s pretty exciting; that was kind of a combo of the Sisters School District and C4C working together to find out what the community wants that building to be."

Tuesday's event at Creekside Park is from 4-6 p.m. and includes refreshments.