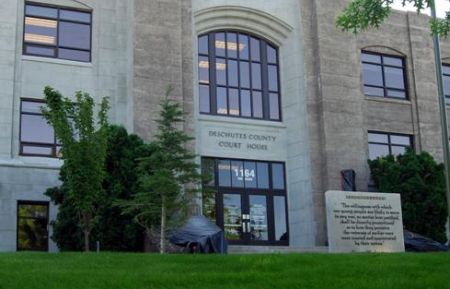 BEND, OR -- Ian Cranston, of Redmond, was convicted of First and Second Degree Manslaughter and two counts of Unlawful Use of a Weapon, along with one count of Assault in the First Degree. The Deschutes County jury handed down the verdict Wednesday after deliberating just one day. They found him not guilty of Murder in the Second Degree.

Cranston, who is white, shot and killed Barry Washington, a black man, outside a Bend bar on September 19, 2021. Prosecutors say Cranston was angry because Washington had complimented Cranston’s girlfriend. The defense had argued the shooting was self defense because Washington punched Cranston.

District Attorney John Hummel issued a statement Wednesday, saying, “Today is not a day to rejoice, nor is it a day to celebrate. Today is a day of accountability for Ian Cranston and it is day 424 of Barry Washington’s family and our community mourning his passing.  By all accounts, Barry was a dear friend to many and a wonderful son to Lawanda Roberson. This verdict does not provide Ms. Roberson what she ultimately wants, but hopefully knowing that the residents of Deschutes County valued Barry’s life provides her some comfort moving forward.”

Hummel told KBND News this week he recognizes emotions ran high throughout the investigation and trial. The Deschutes County Sheriff's Office has expressed concern over potential protests and beefed up courthouse security for the trial. Wednesday afternoon, the Sheriff Shane Nelson tweeted, “The Cranston trial has concluded with a verdict. I have the utmost confidence in the criminal justice system. I support peaceful protests but breaking the law will not be tolerated. Those who break the law will be held accountable.”